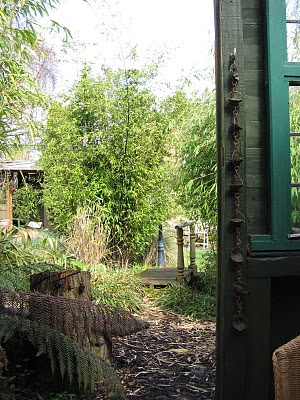 No longer relatively retiring.
I am now retired.
For a couple of years after my husband's death I vacillated around, back to work, sort-of retired, back to work again. Hence the Relatively Retiring blog-name.

When I was at work I thought how wonderful retirement would be; the freedom, the glorious freedom to do this or that or even nothing; to sleep through the yelling of the alarm clock, not to have a weekly dead-line, not to have appointments and meetings at hourly intervals.
When I was juggling family life with one and sometimes two careers simultaneously I yearned for peace and isolation. I wanted to take a long hot bath all by myself without someone pounding on the door, asking for food, a lift to a friend's house, or provoking an argument about the use of a games machine.
I wanted to concentrate in a meeting without having to think about supper, and without continually glancing at my watch to see how long I was overdue at the child minder's.
I wanted uninterrupted time with my family without being called to the phone about one or both jobs.

Now, I have it.
I have the time, the peace, the freedom, the isolation. I don't need to worry about supper, and I can have a long hot bath all alone whenever I wish. The phone may not ring for a couple of days.
In the having of it there is terrible loss.

I miss my former life; all of it. The noise and anxieties, the frustrations and arguments, the constant need to meet the demands of others.
I miss it, and did not realise that when it went a sense of identity would go with it.
Retirement is not easy, and I have found that you have to work just as hard to stay afloat as ever you did in the work-place and in the all-in wrestling match of family life.
Only now it is a lonely battle, which others do not see.

You do not let others see lest you become a drain, a responsibilty.
You wake in the morning and think, 'Why bother?', and then you put your energies into bothering, being positive, thinking of others, staying afloat.

Being retired.
Posted by Relatively Retiring at 13:34 15 comments:

Death of a Little Cat 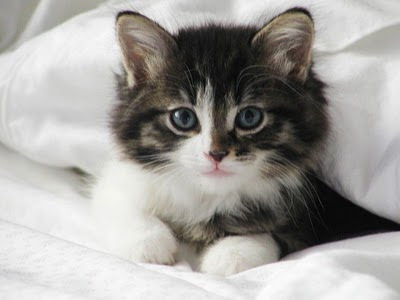 Why do we do this? Why are we motivated to take these little animals into our homes, teaching them how to be clean, letting them learn the warmest places, the most comfortable places, feeding them, entertaining them while they entertain us?

Why do we let them into our hearts?

There is no sense in it, but we do it over and over again.

Each time one of my dogs has died I have said, 'Never again!' and given away the beds and bowls, collars, leads and waterproof coats. And sooner or later (generally later) I have gone out and bought more. A new dog has moved in.
My last two dogs both came to me for an allegedly short time, at the end of their lives, to have a comfortable death. The current one snores loudly in the kitchen as I write this, two and a half years after she came here.

In their childhoods my sons experienced so many pet deaths that my younger son kept a Book of Woe, recording the loss of dogs, gold-fish, rabbits, guinea-pigs and stick insects. Each loss was painful, each as bad as the one before, but I thought I was doing the right thing in letting them have pets at the cost of losing them. I thought it was right for children to experience death, that the death of a pet might somehow make it easier to cope with human deaths, when they arrived, as they surely would.

We did not have cats because of family allergies, and I was aware of feeling relieved. Goldfish generally stay in their tanks (although we did have one who persistently leapt for freedom and subsequently swam backwards after spending some time, unnoticed, on the carpet). Dogs have to be under control. The rabbits and guinea-pigs were in a walled garden and couldn't get out (although predators could get in, sadly and messily). Stick insects stayed put, and it was not always easy to tell if they were dead or not.

Cats are different, independent, free spirits. They bestow their favours upon us when they choose, and withdraw them when they choose. They are fearless, able to squeeze into tight corners, through narrow gaps, climb dangerous ledges, clamber on to slippery roofs. They are terribly vulnerable. The emotional cost of cat ownership is great.

So this is not my cat, but a little cat very like it lived with people I love until a couple of days ago. She brought them so much pleasure for a few short months.
I met her only once, recently. I felt extraordinarily privileged that she bestowed her favours on me, giving me toys to play with, carrying a leaf from the garden all the way upstairs and giving it to me in the bedroom. I thought she liked me, and I was perplexed by how important that thought was to me. She was charming, fearless, entertaining, inquisitive and determined.

A few days later and the little cat is dead, the saddest of accidents, the terrible cost of freedom.
Her life was short, but full of meaning and she will not be forgotten.
But the experience of death does not get easier. 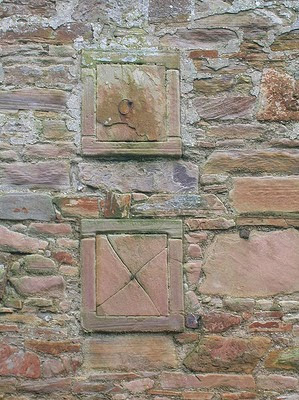 This is a wall; a very special wall.
It is part of a garden wall at Eglinton, in Scotland, and even more special and more specialised, it is part of a heated garden wall. The square stones cover flues which channel warm air through cavities in the double skinned wall. The warm air was created by a series of small furnaces in workshops manned night and day by gardening staff - the more lowly orders, such as the apprentices. Woe betide anyone who let the fires go out, because the exotic fruits luxuriating in the warmth on the other side of this wall would be destroyed by the fall in temperature. Peaches would be damaged in the crisp Scottish air. People would lose their jobs, and not just their jobs, but their homes as well, living, as people did a century ago, within the patronal community of the Great House.

The walled garden is a place of magic, especially in its neglected and over-grown state. Those of us reared on the story of The Secret Garden retain its image forever, the locked place which nature has reclaimed and to which order is gently restored by children (it is often not that simple in real-life, but it's a wonderful story).

Much of the charm of the great Cornish garden of Heligan, abandoned when so many of its staff were called to serve in the First World War, is created by its commercial name of 'The Lost Gardens of Heligan'. Lost. Sleeping. Shrouded in mystery, like Sleeping Beauty's castle, waiting for its awakening and transformation. The plain name, Heligan, does not have the same emotive pull.

In real life, the walled garden was equally transformative, but as a result of prodigious hard work by many skilled people. Without the benefits of air or even land transport skilled gardeners could do what Tescos now achieve on a global scale. They could supply fresh fruits, vegetables and often flowers every day of the year. Not merely fruits and vegetables in season, although that was clever enough, but also out of season - apricots, grapes, nectarines and sometimes pineappples could adorn the tables of the rich, even during the winter months.

It took many years of learning through hard and often monotonous work to master the skills required of a gardener in a walled kitchen garden, and to be able to control this small acreage, this miniature empire with its multiple micro-climates.
Each wall had a different temperature and could be used differently. The glasshouses, cold-frames and cloches all extended the temperature range by a few vital degrees, so that fruits and vegetables could be delayed or accelerated in their ripening and maturity.
It was a world apart, an independent place with its own staff, its own traditions and rules.
Sadly, it is a largely lost world today.

There are still walled gardens, and there is an interest in their revival.
A wealth of information may be found here: ' The Walled Kitchen Garden Network' and here you can contact enthusiasts, wanting to find and record lost gardens, and to advise in their restoration and protection. They are also keen to establish new walled gardens, as is a friend of mine.
Together we hope to fire others into a sufficient pitch of enthusiasm to begin a new project.

Oh yes! The sap is rising, but the earth in the walled garden does not move. It is cherished and fed and enriched, and one man's (and woman's) small acre becomes a great estate.
Posted by Relatively Retiring at 18:50 9 comments: 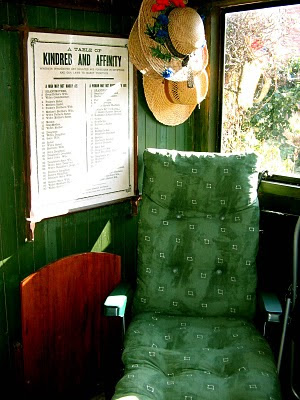 There is still snow on the hills, a small patch on the northern face, but still snow, still white and gleaming, still just sitting there, refusing to melt. Old wives' tales have it that when snow lies more will come to take it away.
Oh, please - no more.

It's been tough in Middle England, with impacted ice and snow up to the dog's chin. I've plodded around with the old ski poles and a son's huge snowboots - refusing to buy my own because I don't believe it will last more than a day or two.
Then, after a day or two, learning to be thankful that I have everything I need within plodding, skidding distance.
Appreciating the neighbours, all of us looking out for one another.
Loving the stillness, the peace, the traffic-free roads.

Then today, warmth came back, not creeping, but leaping so that infant daffodils reached out to it and the camellia creaked open its first flower. 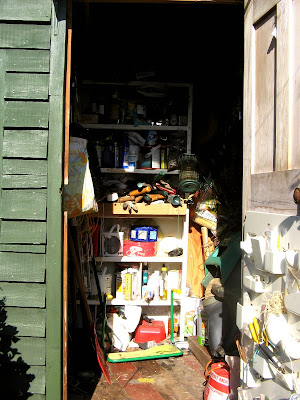 The tool shed, normally overflowing with a clutter of metalware, is empty of almost everything but sunshine.
I have three garden forks, small, medium and large, two spades, a few assorted rakes and hoes, a lopper, a blower, a sucker, a mower. I have lots of hand-tools and a cache of things to hold up other things.

And all the rest, all the duplicated, inherited spades and forks and hoes and rakes and shears, have been oiled and cleaned and sharpened and have gone to my son and his girl-friend for their first 'allotment'.

I was introduced to the allotment this weekend. It has soil like rich chocolate cake and it has none of the choking, strangling weeds so prevelant in my own garden. The allotment has been loved and fed. My son and his partner are lucky first-time gardeners.

Allotments are special places for enthusiasts, for the inventive and the enterprising. They are the epitomy of recycling, where old carpets suppress weeds, black plastic sheets warm the soil and old plastic bottles make mini-propagators.Wheelbarrows and know-how are shared. On this allotment site there is a shop, supplying seeds and well-rotted manure as well as knowledge.
My son and his partner are already enthusiasts, and they have yet to plant their first potato.

I rejoice that the gardening gene, for so long embedded in my ancestors and me, has surfaced in one of my sons.
I rejoice that my parents' gardening tools will be handled by the next generation, and that E. and S. will learn from the soil and the weather, the rabbits and the caterpillars as people have done throughout time. I specifically rejoice in the knowledge that their rich soil will bring forth abundance - and no spuds will ever have tasted as good!
Posted by Relatively Retiring at 12:20 12 comments: