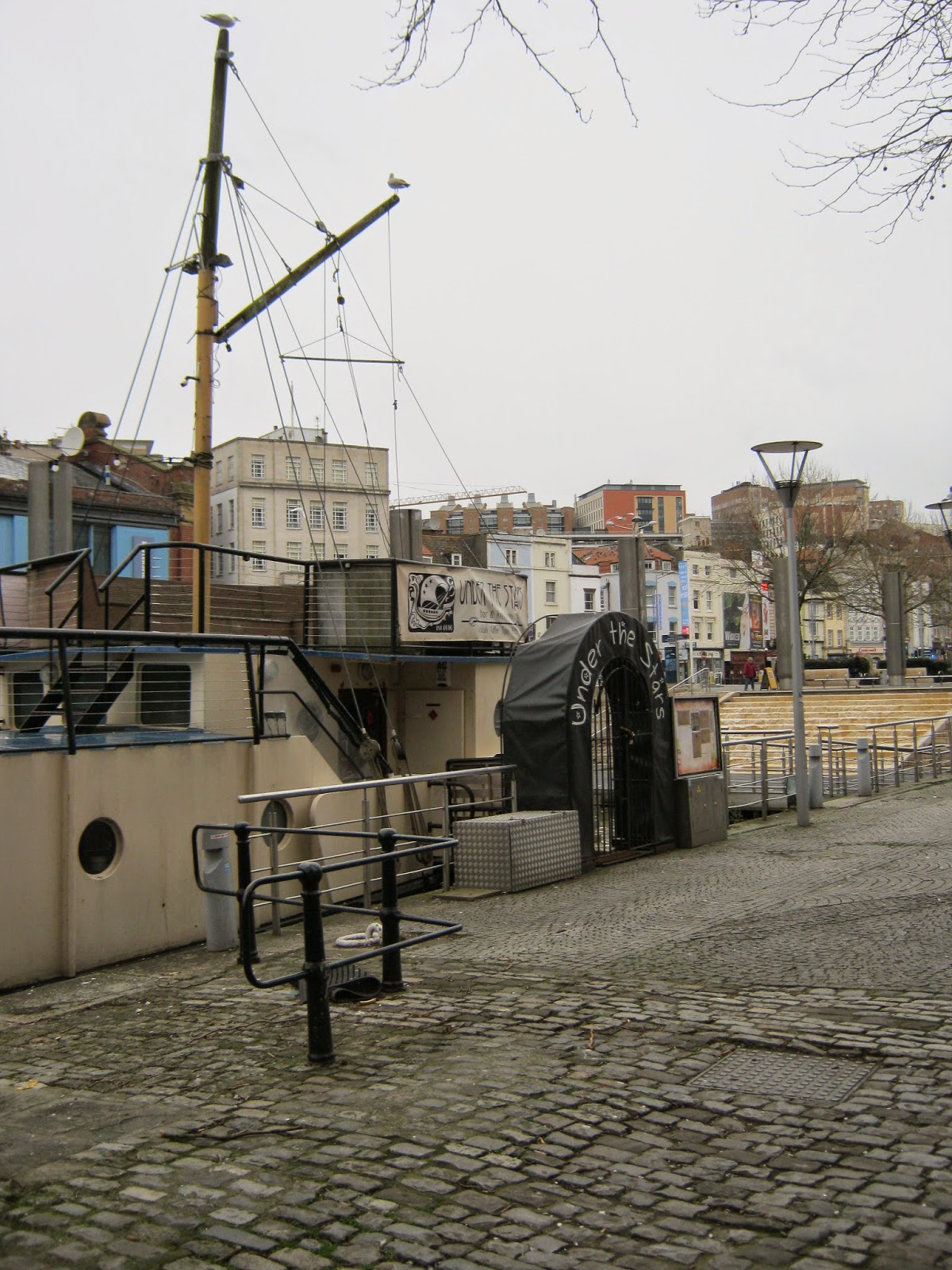 ................but not sailing into Bethlehem on Christmas Day in the morning. In fact it's a puzzle as to what geographical/divine intervention made possible this event, but never mind. These three ships were in Bristol harbour on Boxing Day in the morning. Two ferries and a tethered restaurant boat to be precise, but very interesting all the same.

It was a different sort of Christmas, the making of new tradition and the end of the old, a sort of rite of passage for me as I will be 75 tomorrow and life changes for all of us.
The old tradition, for my sons and me, was heavily involved in the church where my husband worked. I use the word 'heavily' with care, because it was. The duties for all of us were onerous, and Christmas Eve and Christmas Day were somewhat fraught with duty and responsibility and hard work.
We spent many a Christmas Eve scaping wax off the tiled floors after the Christingle sevice when little children were given lighted candles stuck into an orange and when wax was dribbled into medieval tiles.
I spent the later part of Christmas Eve in a state of apprehension, knowing my husband to be alone in church full of the most valuable silver, and knowing that the churchyard was populated by people who had spent the evening drinking in the local pubs and probably also knew about the silver. There were no mobile phones in those days, no communication between the church and the house in the churchyard where we lived. Only a locked door.

But it was a privilege, always, to have such access to a beautiful building nine hundred years old, to be behind the scenes, to realise just how much dedication and hard work went into the production of the music that created a powerful emotional response for so many others.
Tradition was all around us, centuries of it, tangible.

This Christmas was different, away from home for me, but at home for my younger son and his family. Time for me to let go of some things and let others create new traditions. Time for Granddaughter in her Christmas fairy tutu (which she's inclined to wear pulled down around the knees or up under the armpits) to give out the presents. Time for an evening round of a rather racey new game to be played on a different kitchen table, a game whose instructions advise that it is not suitable to be played with older mothers or grandmothers. I am both and can hold my own in the rudeness stakes. There is nothing new in that.

But some different some things I hope will not become traditional, foremost among these being the slamming of my elder son's head in the car door (by me) as we loaded up.
The disagreements with SatNav will probably be thoroughly traditional with many by now. I have it set on a nice, calm, female voice and I do as she tells me. My sons use a different system which is obviously better than mine. More masculine.
But we got there, as I drove through an unfamiliar city centre late at night, gibbering with exhaustion and fear as the nice, calm female directed us in what was clearly the opposite direction, advising us on 'U' turns all the way.

Perhaps the Wise Men argued with the guiding star? The principle is the same.
We got there, as they did.

Happy, peaceful New Year to you all.
Posted by Relatively Retiring at 13:34 10 comments:

Letter to a Granddaughter - When the Bough Breaks..... 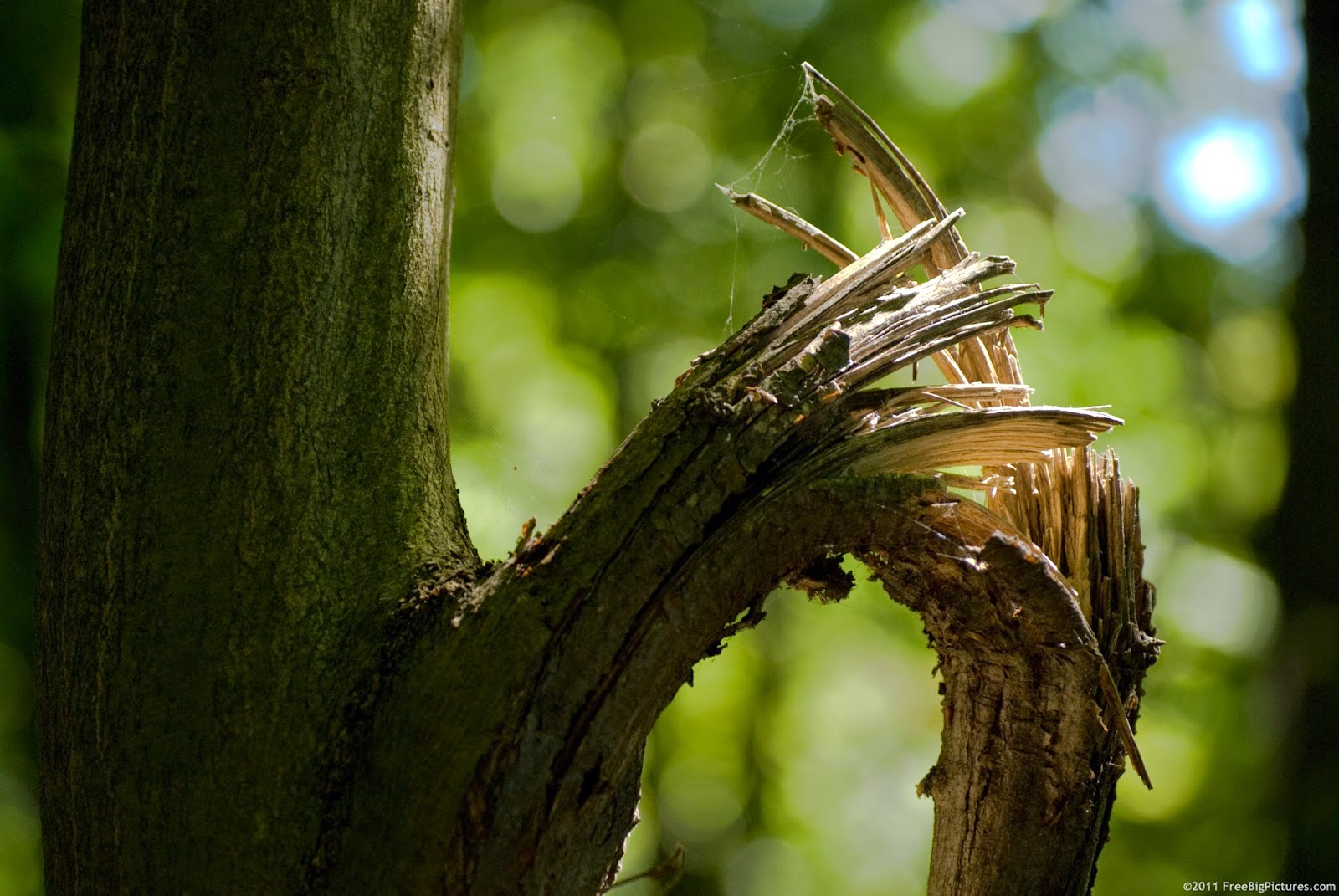 Dear Small Granddaughter,
You are fascinated by Nursery Rhymes, partly because they can be sung, and you need to have almost everything sung at the moment  ("Sing a cat, Annie. Sing a door....... a car. Sing!") In working our way through the Nursery Rhyme book I realise anew what savage messages so many convey. When you're older we can talk about the political messages too, but for now the raw violence is enough.

This weekend you sat on my lap while we explored over and over (and over) again your choice of
Rock a bye baby in the tree-top,
When the wind blows the cradle will rock,
When the bough breaks the cradle will fall,
Down will come baby, cradle and all, with its disconcerting illustration of baby and cradle plummeting to earth while the parents look up in mild surprise.

What sort of parents leave their baby up in a tree anyway? I'm sure your parents will help you climb trees, but they will never leave you stranded up there. And what will happen if the branch also falls on top of the baby, which seems likely? Well, the parents will go to the kind doctor to make the baby better.
You want it sung many, many times while you study the picture with great attention to detail. You open the large and beautiful book at this page every time. It's important, even for a two year old, to begin to understand. that strange things might happen; that people, even you, might be hurt. But with truly grannyish need to give comfort and reassurance I repeat many times that the Mummy and Daddy are there, even if they are standing watching in a rather gormless fashion. They will undoubtedly rush forward and catch the baby and give him a big cuddle. Then everyone will laugh and go home for dinner. The baby will laugh most of all. He loved it!

The gore and violence in Nursery Rhymes will disconcert you many more times. Humpty Dumpty is smashed to pieces falling off a wall, and no one, no power on earth can make him better. The Farmer's Wife, encountering three handicapped mice, takes up a big knife and cuts off their tails. Jack fractures his skull in fetching a pail of water. Little Miss Muffet suffers arachnophobia and  panic attacks. People are beaten for stealing, animals get lost and eaten.
It goes on.

Bad things happen.and the very best way to explore them is while sitting on a warm lap in a safely familiar, lamp-lit room.
Many the perils always be manageable in this sort of safe and caring way, Little One,
With love from Grandma. (Annie).

Posted by Relatively Retiring at 09:24 12 comments: